Darmstadt, Germany. In order to close the “performance gap” that often occurs with energy-efficient buildings, 20 partners from across Europe have joined forces in the new Built2Spec project. The aim is to provide construction specialists with tools for mobile applications using smartphones and tablet computers – from easy-to-use 3D visualisation and compact solutions for airtightness measurements to a BIM-based data platform for on-site quality assurance. The most important objectives of the Built2Spec project were presented at the Sustainable Places conference which was held in Savona in Italy last week.

The discrepancy between the consumption values calculated in advance and the values actually achieved in building operation, referred to as the “performance gap”, is frequently raised as an issue in many areas of energy-efficient construction. With the Passive House Standard, this disparity between demand and reality does not exist, though. The Passive House Institute was involved in Built2Spec to make the project profit from the experiences gained with this standard which functions well for every building type and in every climate.

The international Passive House Institute is providing its expertise for the development of
the new Built2Spec tools for future-proof construction and quality assurance. Simultaneously, the independent research facility founded by Dr Wolfgang Feist is working on the interfaces between the BIM-based platform of the EU-funded project and the planning and design tools PHPP and designPH.

Built2Spec (Built to Specifications) is being funded by the EU's framework programme for research and innovation Horizon 2020. The project was initiated in January 2015 and will run for four years. The European conference Sustainable Places 2015 in the Italian city of Savona was held on 16 - 18 September. The Built2Spec objectives were presented here by project coordinator Germain Adell in the workshop “Closing the Energy Performance Gap”. An interview with this expert of the French organisation Nobatek has also been published in the latest newsletter of the EU-funded project.

The in­ter­na­tion­al Pass­ive House In­sti­tute is provid­ing its ex­pert­ise for the de­vel­op­ment of
the new Built2Spec tools for fu­ture-proof con­struc­tion and qual­ity as­sur­ance. Sim­ul­tan­eously, the in­de­pend­ent re­search fa­cil­ity foun­ded by Dr Wolfgang Feist is work­ing on the in­ter­faces between the BIM-based plat­form of the EU-fun­ded pro­ject and the plan­ning and design tools PHPP and design­PH.

Built2Spec (Built to Spe­cific­a­tions) is be­ing fun­ded by the EU's frame­work pro­gramme for re­search and in­nov­a­tion Ho­ri­zon 2020. The pro­ject was ini­ti­ated in Janu­ary 2015 and will run for four years. The European con­fer­ence Sus­tain­able Places 2015 in the Itali­an city of Savona was held on 16 - 18 Septem­ber. The Built2Spec ob­ject­ives were presen­ted here by pro­ject co­ordin­at­or Ger­main Ad­ell in the work­shop “Clos­ing the En­ergy Per­form­ance Gap”. An in­ter­view with this ex­pert of the French or­gan­isa­tion Nobatek has also been pub­lished in the latest newsletter of the EU-fun­ded pro­ject. 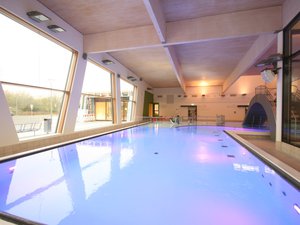 Darmstadt/Germany. The municipal swimming pool operator in the German city of Lünen ventured into unchartered terrain when it decided to build its indoor swimming pool to the Passive House Standard some years ago. This courageous step has now paid off, as the monitoring results show. The savings in terms of energy consumption, for heating as well as for electricity, are substantial compared with other swimming pools. The monitoring carried out by the Passive House Institute also shows that even further optimisation is possible during the building’s use. The beacon in Westphalia thus forms an outstanding basis for subsequent projects. Details on this will be presented by Jessica Grove-Smith from the Passive House Institute at the International Passive House Conference in Aachen, taking place from 25 - 26 April 2014. A general article on the energy efficiency in indoor swimming pools is now available online on Passipedia. 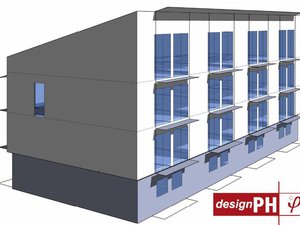 Darmstadt/Innsbruck. Passive House planning has never been more convenient. The new designPH, a 3D model interface developed by the Passive House Institute, allows for graphic input of energy related design data. Details relating to the thermal building envelope and shading are entered automatically and can be optimised if necessary. The treated floor area can be gradually refined in order to simplify the design process. The results can be exported into the Passive House Planning Package (PHPP 8) with just a few clicks.

Read more on this subject: